I grew up in the 80's, so naturally I think of it as a magical time. But the more footage from those days I see, the more I realize...maybe it really was magic. Not Patronus beardy magic but magic nonetheless. One of a different sort. An intangible, unseen power affecting the world around it, invisible to the naked eye but perceivable through the observation of the people, places, and things influenced by it.

For example, take a gander at these fucking guys.


The 80's power is truly awe inspiring. The fact that the video STARTS with a forward moonwalk is enough to make me wonder if I've been taking psychotropic drugs secretly behind my own back. How did he do that? If I ever went to a party and saw that dance move I'd spontaneously lie on the ground and go brain blank. The sheer awesomeness would put me on the mat and touch my brain in a not-so-good way, like a Russian fist smashing Carl Weathers inside his face. It would literally Apollo Creed me.

I'm not exaggerating in any way, shape, or form. It's a moonwalk. Forwards.

How those kids aren't totally stupefied is beyond my comprehension. I'd react no less severely than if I'd seen a living, breathing dinosaur in front of me with a look in its eyes warning me of my impending death via face and body eating, promptly followed by my life going away on a trip to the dead person place. Seriously. That dance move is more than a move. It's the Mortal Kombat finishing move of the dance world. If I managed to not throw up from the shock of seeing it, I'd quickly excuse myself to the upstairs bathroom to cry silently, then slump in the corner, hugging myself nervously like the Mom from Poltergeist holding her baby who just returned from a demon Hell ride she took inside the slime-filled ghost closet upstairs.

I wish I could do the forward moonwalk. I wish I was that kid doing it. It's literally the most amazing thing ever done by a white teenager since Michael Fox turned into a wolf and played the sport of basketball with other teenagers (who, unlike Mr. Fox, were not wolves, nor were their spectating parents and loved ones watching from the bleachers. Yet somehow, these non-wolf, normal humans remained totally calm upon seeing a motherfucking lycanthrope loose in their gymnasium.)

To put it less simply, I think of the 80's as the cultural equivalent to a cloaked Klingon War bird dressed in corduroy pants with the bottoms cuffed and a multicolored Australian Coogi sweater made out of lasers, cocaine, and Ronald Reagan. Which sounds a lot like the character bio of Max Headroom if you think about it.
(via BargainBinofOblivion)
Posted by Recon at 11:22 PM 1 comments

Picture of the Day

Songs to Lose by 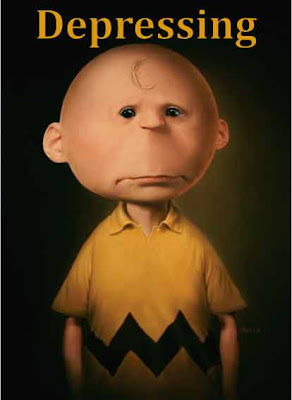 Hey parents, looking for a way to take your uppity kids down a peg or two?!? Well, then run down to your local record store and snap up a copy of "Lullabies for Losers." Go to sleep with the satisfaction of knowing that your kids are quietly crying in their beds. 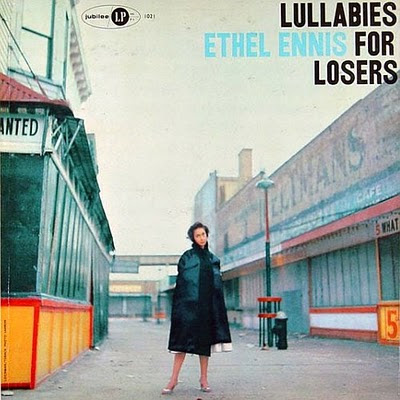 Includes such hits as:


(All too real Charlie Brown via unrealitymag. Album cover via funkyjunktrunk)
Posted by the unbeatable kid at 8:25 PM 0 comments

Two groups of musical comedians doing the same bit about how all pop songs song the same using the pretty much the same songs = irony.

(both videos via milkandcookies)
Posted by the unbeatable kid at 7:14 PM 0 comments 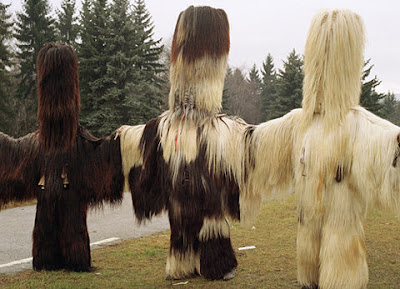 Here's podcast 4, because you can't hug a child with Bigfoot's arms. Just so you know, the podcasts can be found at the M4H podcast blog at podbean. You can use the podbean site to download or share any of the podcasts. Special thanks to Ben and Rex for sending in some emails...And if you want to send us some mail too, please, hit us up at monkeysforhelping@gmail.com!!

Posted by the unbeatable kid at 10:23 PM 0 comments 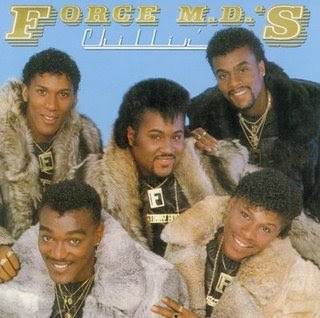 I don't know why more doctors don't swap out their lab coat for some furs.
Posted by the unbeatable kid at 9:57 PM 0 comments

Robot Bear Hugs All Around

Ok, Japan, take off your jacket and have a seat because we need to have a serious talk about what's going on in this video. First off, WHAT THE HELL IS GOING ON IN THIS VIDEO?!?!? Oh, I'm sorry, I didn't mean to raise my voice but I was scared out of my liver by the sight of a giant robotic bear with gangly alien arms gingerly lifting a child.

And where is this giant pupiled bear taking the child? My guess would be back to its horrible space station den to be probed and tormented and eventually eaten. Seriously, why else play the "nothing could possibly go wrong so don't be concerned" music unless these children are in imminent danger? Come on, Japan. This has to stop. This is the real world not an extended game of Final Fantasy.

Also, just for the record, I am never, ever, in a million years going to clap to get that things attention. My preferred strategy will be to play dead. Oh, right, that won't work since someone (I'm not naming names but you know which country you are) gave this killing machine facial recognition software. Well, that's just great.
Posted by the unbeatable kid at 10:47 PM 1 comments

According to "the media", Steven Seagal is some kind of weird pervert. Whatever. We'll see when the truth all comes out. For now, the only thing that matters is that he really, really loves wine.

Hang tough, Steve. I got your back, Brosephino.

Oh hi! I know, it's retarded how long it's been. Not Chunk from "Goonies" retarded, but definitely Corky from "Life Goes On" retarded, and that's plenty to warrant a semi-heartfelt apology. Forgive me. Please. I beg you. It's just I've gotten so lazy since we started podcasting. I'm even lazier than I was before. It's like I'm trapped inside an infinite loop of slack, and the only time I have to myself between work and screeching subway jaunts I spend looking at the back of my eyelids during marathon rounds of viking bear sleeps and getting taken to nerd school by 7 year old murder prodigies playing CoDMW2 online. After seeing how easy it is to record my jabbering and then watching as The Unbeatable Kid turns said jibber jabber into Ipod-ready, digi-bitified laser magic overnight, it's really hard to sit here with giant ape fingers and push normal finger-sized buttons at such a painfully slow pace. See, in real life I talk faster than most humans (Please download podcast #5 later this week for an example of this). But when I type, my normal pace screeches to a halt, and as a result when using a keyboard my words come out approximately every 3 to 5 minutes on average. I may be the least enlightened person I know, but if I typed the same way I spoke I'd sound like a foul mouthed stand-up comedian imitating a Zen master on his death bed. As stated earlier, this is mostly due to my gigantic Godzilla hands, but also has more than a lot to do with my lack of basic skills in grammar, punctuation, as well as spelling, not to mention my disregard for all forms of labor, big and small (including typing).
All this aside, It is nice to see my words again rather than having to hear my awful, awful voice. It's refreshing not to hear that painful droning I make when I open my face hole to communicate with others. Because when I read myself (rather than listening to myself) I can at least imagine my voice sounding better than the Harvey Fierstein Meth Chef thing I got going on in real life.
Can someone explain why the pitch of my voice is so high? In my head I sound like Roy Orbison or James Earl Jones. But on tape it's a different story all together. I need to stop smoking cigarettes. I sound like Joan Rivers on testosterone therapy. For serious. When I breathe I sound like a bagpipe getting thrown down the stairs. On more than one occasion I've been told I could do ADR for Mutley from Hanna-Barbera, or make extra money providing dubbing for the subjects of a non-English speaking documentary about Transsexuals. I know. That all sounds pretty cool. But the last time I checked, I'm a MAN. And you can call me old fashioned if you want, but I know what I want, and what that is is to sound like a MAN when I speak the King's English. Sorry to be a sexist. But it's the truth.
Remember back in olden times when I first wrote this blog I told you that I'd never lie to you? Forget all the lies I told you before, this time I mean it. Until I find a way to de-wimpify my voice I'll keep sounding like the shifty kid at Ritalin camp that hit puberty too early.
So that's that. Download the podcast. Unbeatable will send the laser links later in the week.

I guess that's all I have to say. In closing, here are three awesome things.

Love always,
Recon.
Posted by Recon at 1:06 AM 0 comments