Your Gun is Showing

Is Megatron wearing a codpiece or do we have to add indecent exposure to the list of his crimes? 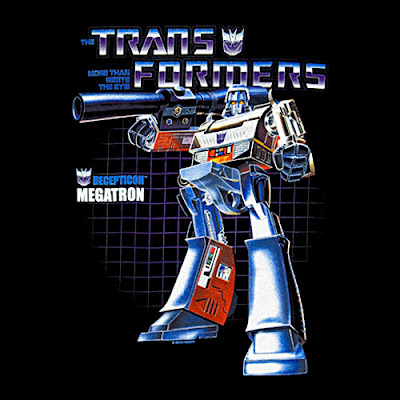 Seriously, who gives a toy like this to children. More than meets the eye indeed.
Posted by the unbeatable kid at 1:08 PM 1 comments 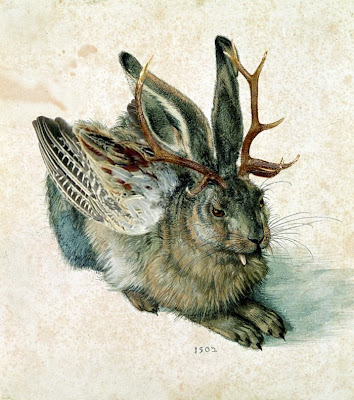 The "Wolpertinger" AKA Bigfoot's German pet bunny
It's some more audio mayhem from Recon and I. This time we'll be talking about words and groups of words put together (often referred to as "sayings"). Hope you likey.

But there have been some technical difficulties to the audio embedding process that are making me feel like those monkey pilots in Project X. Sorry internets but you're just going to have to click on this link to the podcast blog and listen or download from there.

Thanks to all you listeners and emailers (monkeysforhelping@gmail.com) out there.
Posted by the unbeatable kid at 5:33 PM 1 comments 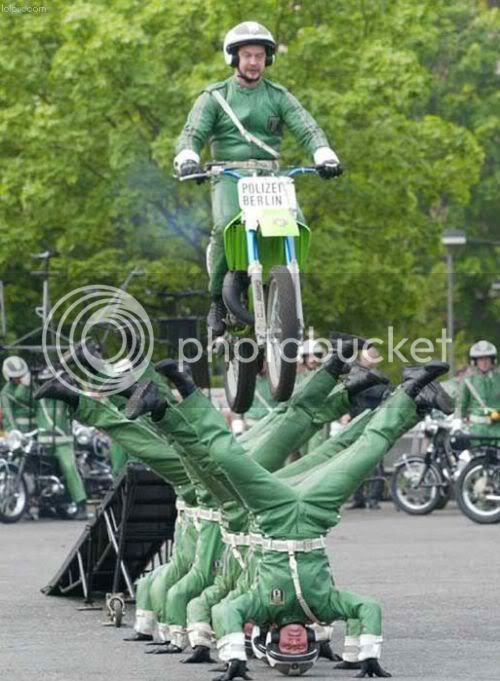 Of course I miss the 80's, but I imagine if I was alive back then, I'd probably also miss the 40's as well. Just because we had clear and present villains then. Proper fucking bad guys. Easily compartmentalized, well-dressed, and 100% evil. In 2010 things are so wishy washy. When I see world leaders gathered together for various nefarious and non-nefarious events it always looks like happy hour at an airport lounge bar. Where did all the shiny medals and important hats go? Remember Idi Amin? Noriega? They're like Dolce and Gabana next to these nondescript villains in training I see paraded across my television screen. I miss the big tasseled shoulder pads and bulky gun holsters. That's how a bad guy dresses. With the exceptions of Chavez and maybe Kim Jong Il, no one is bringing their A-game in the dictator circuit right now. Seriously, dudes. Step it up. You show me an AP photo of Ahmadinejad and I'll show you the official dress code for floor manager at the Olive Garden.

I suppose I just miss the old days. And according to the history of fucking forever, wars aren't going away anytime soon, so if we absolutely must continue on with them let's at least dress up for the occasion, yes? That's all I'm saying.

Which brings us to this picture.

Imagine you're being interrogated by the Berlin police in the 1980's. You just got because some bro you met at the beer garden put his bag of snizz in your rucksack while you were smoking a cigarette, and the next thing you know you're sobering up looking right into the square jawed face of a furious German man with dead eyes and a cold robot mouth curved harshly into a permanent frown of anger and hatred. Scary right? Fuck yes, it is.

Look at the photo again. Now try and imagine if that same scenario happened today.

Not afraid at all, right? Me neither. SO not scared, even. I actually feel like going to Germany and committing a crime just to have an excuse to have a weird motorcycle party in my hotel room.

These guys are fun. It's like I'm watching an Ultraman tribute show at Universal Studios Florida starring Travis Pastrana.
Posted by Recon at 1:01 AM 2 comments